In general, peripheral regional blocks are applied less frequently than central blocks. There are few publications about regional blocks applied in the upper extremity of pregnant women. In this case report, we aimed to share the peripheral nerve block application we applied to our 20 weeks old pregnant patient who was scheduled for surgery due to stab injury in the left hand thenar region. During the operation, the patient did not need any analgesics or sedatives. No complications were encountered during the operation. No analgesic was required for 8-10 hours in the postoperative period. The patient, who was controlled by the obstetrics clinic in the postoperative period, was evaluated as normal. The patient was discharged on the second day after the controls. In conclusion, we consider peripheral nerve blocks as the anesthesia method that should be preferred over general anesthesia in eligible pregnant patients undergoing non-obstetric intervention.

It may be encountered during general anesthesia in pregnant patients; Regional anesthesia is prioritized due to difficulty in airway control, hypoxemia, aspiration risk and also the negative effects of anesthetic agents on the mother and fetus [3,4].

In general, peripheral regional blocks are applied less frequently than central blocks: There are few publications about regional blocks applied in the upper extremity in pregnant women. In this case report, we aimed to share the peripheral nerve block application we applied to our 20 weeks old pregnant patient who was scheduled for surgery due to stab injury in the left hand thenar region.

A 31-year-old, 75 kg, 20-week-old pregnant patient with a Body Mass Index (BMI) of 27 kg m2, applied to the emergency department when the knife stuck in the left hand thenar area while working in the kitchen came out of the back of the hand. In the examination of the patient performed by an orthopedic physician, a total sensation defect in the radial face of the 2nd finger was observed, and surgical exploration was planned for the patient. In the patient's story before the accident; no neurological deficit, local anesthetic allergy, coagulopathy, and skin infection at the block site were confirmed.

Due to the anatomical location of the area where the operation was planned, it was decided to perform only median and radial nerve block. Preoperative and postoperative sedative drugs were not administered to the patient, who received informed consent for surgery and anesthesia. The patient's Arterial Blood Pressure (ABP), Peak Heart Rate (HR) and Peripheral Oxygen Saturation (SpO2) were monitored.

To apply the block, a peripheral nerve stimulator (Stimuplex® HNS 11-Braun, Germany) and a plexus needle Stimupleks A® (B. Braun Melsungen AG, Japan) 21G, 50 mm were used. The cathode pole of the nerve stimulator was connected to the conductive end of the needle and the anode pole to the ECG electrode attached to the deltoid muscle. With the stimulator, initially with the help of a 2 mA current, the skin was entered with a needle in an anteroposterior manner, by forming a right angle to the floor where the patient was lying, from the intervention point marked in the axillary region. Sensitivity to anesthetics increases during pregnancy [5]. Although it is not a proven agent among anesthetic agents to affect premature labor, it should be kept in mind that every operation performed may cause premature labor. Considering all these conditions, regional anesthesia seems more advantageous than general anesthesia in eligible patients. Although undesirable effects such as nausea and vomiting are observed less frequently after peripheral regional block; there is a small risk of intraneural injection, hematoma and intravasal injection [6].

With the widespread use of ultrasonography (USG) in recent years, it has led to a change in block preferences in clinical practice. Due to the risk of pneumothorax, supraclavicular and infraclavicular blocks, which are applied less frequently with blind techniques, have started to be applied more widely because USG provides visual guidance [7,8].

Many reasons can affect the success of the block, especially the experience of the practitioner and the technique used. A homogeneous success rate has been achieved by using USG in regional anesthesia. Over time, the techniques have become more refined, the block indications are more clearly defined, the possible physiological effects are better understood, and the complications are better known. Visual guidance obtained with USG and increasing success rates increased the interest in regional anesthesia [9].

Since USG is not available in our clinic, axillary block is a common anesthesia practice we use in forearm surgeries because of its easy application in peripheral nerve blocks and its low risk of complications. However, patient comfort is adversely affected during application due to the need for multiple injections. Decreasing the amount of injection will provide comfort for both the patient and the practicing clinician. Reducing the number of injections from 3 to 2 both reduces the time and increases patient comfort [10,11].

In our case, the axillary block method applied with 2 injections was successfully performed. Sufficient sensory and motor block was provided and additional injection was not needed. In addition, the case that did not need analgesic for 10 hours in the postoperative period was successfully managed using a minimum of systemic drugs. No pathology was found in the fetus in the patient who had postoperative perinatology control. The patient, who was delivered by cesarean section under spinal anesthesia at her 39th week, gave birth to a healthy baby.

In conclusion, we consider peripheral nerve blocks as the anesthesia method that should be preferred over general anesthesia in eligible pregnant patients undergoing non- obstetric intervention. 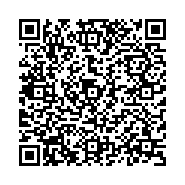